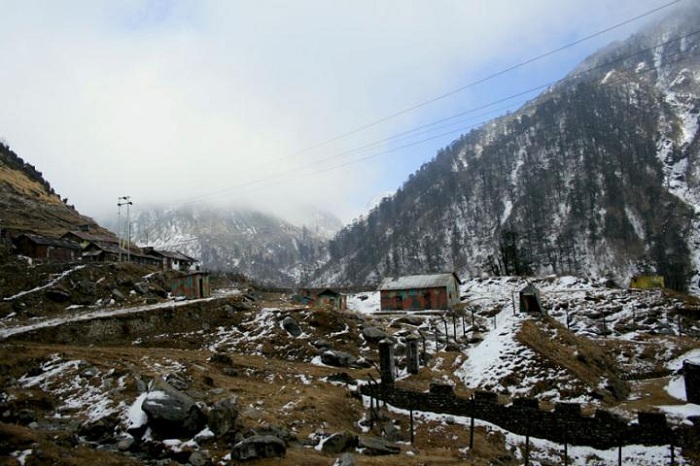 NathuLa sikkim is a mountain pass in the himalayas connecting the Indian state of sikkim with china’s tibet monarch Region. It is located around 54 km’s from Sikkim’s capital city Gangtok at an altitude of 4310 meters . Nathu La is one of the three open trading border posts between China and India, the other two are Shipkila in Himachal Pradesh and Lipulekh (or Lipulech) in Uttarakhand. To carry silk, gold and many other items from Tibet to India and take daily neccessity item back to tibet ,mules are used. Nathula Pass was the place through which the popular silk route used to operate . Anyone can see the Indo-China border from highpoint with official permission.

Nathula Pass is an outstanding place for tourist attraction. In Sikkim, you are not allowed to drive your own cars beyond Gangtok.The road to Nathula is not a smooth drive. While driving in Himalayan region, one should keep in mind that the journey must start as early as possible because weather can change rapidly in a single day. Nathula sikkim is on Gangtok-Nathula Highway. On the way to Nathula, you will come across so many spectacular places.It is usually combined with visits to Tsomgo Lake and Baba Mandir.

Tsomgo Lake or Changu Lake is a glacial lake in the East Sikkim. Tsomgo is about a kilometer long lake. It is 40 kilometers away from Gangtok and it takes only 2 hours from here.

Baba Harbhajan Singh Temple is also known as Baba Mandir. It is located between Nathula and Jelepla pass at an altitude of 13,123 ft and about 52 kms from Gangtok. The history behind the shrine is very interesting . He was an Indian army soldier who died near the Nathula Sikkim. His fellow soldiers built a monument that has became a pilgrimage centre later.

It is a must visit place when one is in Sikkim.There is no restriction on the amount of time a tourist can spend at the indo-china border. One must visit this place to salute the Indian army for protecting the international border at such a difficult terrain, climate and oxygen level.